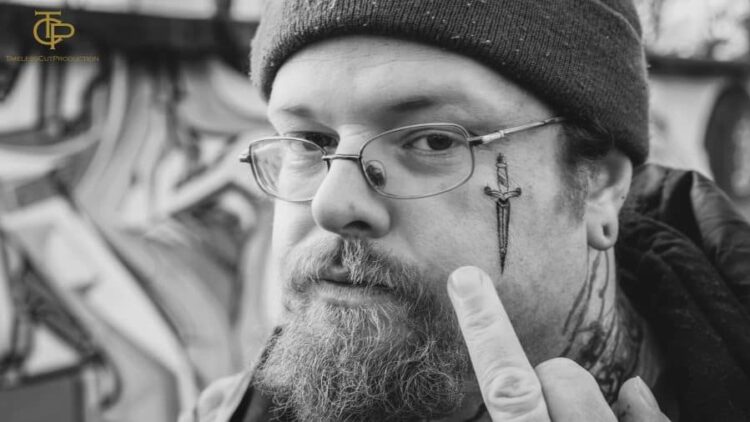 It started two years ago, when I saw him – Infidelix – performing on the street.
He blew my mind with his way of speaking right out of his soul.
Because if we are honest. Nowadays the mainstream hip hop, which is almost all about money, fame and bitches, has nothing to do anymore with the actual hip hop. Hip Hop has emerged because people had something to say. They reflected on life and put their pain, hope, passion and the courage to change into words and blare them out into the world. Infidelix reminds me of the good, old Hip Hop. A man who shows himself to the world, without a mask, to free himself from his demons. Great guy and definitely worth an interview.

You were born and raised in the United States. Which city or town?

I was born in Houston, Tx. Where I was raised is a different story. When I was about 13 I went to live at my school. So I never really spent too much of my young adult life at home. Only part of it. I just remember standing there at the restaurant I had worked at for years and telling myself… Is this what you want your future to be?
I remember listening to some of the conversations around me and being like… I never, never want to have a conversation like this with anyone. lol.
It was just the mentality of the people and the fact that I just felt different. I needed to do something different. I did not want to be a waiter that made rap music on the side. I wanted music to be my full time job.

Was Berlin your first choice and why?

I did not choose Berlin, Berlin choose me. After completing my goal of living off my music for 1 year, and travelling all over Europe, I just decided I was done. I decided I wanted to re build my crew and not have to re tell my story every time I came to a new city. I wanted to establish myself again. The city supports me. This country supports me. The second they stop doing that I keep moving on… but for now this place is my home and the people that live here are my family.

You released your first album „Busk Life“ this year, with 14 songs on it. Dope beats and deep lyrics. What is your message for the people who are listening to your music?

I don’t really know cause I make music for myself and really only for myself. The reason I go out and perform is because I don’t want to go crazy sitting in my house. The reason I make my music is to help me get through the bullshit and cope with the problems in my head. It is my medicine, just like the herbs.
But for the people that are listening, I guess I talk about following dreams, and never giving up, even when the world wants to slow you down.

The first time I saw you and heard your music, which was around 2 years ago in Berlin, exactly on Warschauerstraße. You played the song „Breathe“, just you and the guy with the guitar. It was a great performance. This song is still my favorite song from you. Do you have a favorite song from your album?

On that album “Breathe” and “Samurai” are my favorites. Not just for the song itself but also because of where I was and what was happening to me when I wrote them. With the song “Breathe” I was sitting in an abandoned house in Ireland writing those lyrics…. cold.. showerless, and needing something more in my life. I think you are inspiring a lot of people, because people can see your authenticity and can feel that your lyrics are coming from experience, pain and from your soul. Which situation in your life shaped you the most?

Hahaha, O man, that is a tough one. I have had so many crazy things happen, from my sister getting shot in the head, to my neighbor getting shot in front of me and me holding him as he took his last breaths.. (remember I lived in Texas) To being overseas with no family or friends and having to deal with crazy situations.. I was kicked out the military, I was expelled from two schools, like… I dunno.. I am just me who has seen a lot and I think that helps form my music.
You know.. I have fucked up so much in my life… I have never been good at anything. However, with music.. I found something I was good at. I found something that people could be proud of me for. That is a feeling I have never really felt in my life.

When did you find out that you want to make music?

The music making thing just happened. I did not grow up listening to rap. I grew up on heavy metal. The way though my brain tells me to express myself is through fast words and groovy beats. I remember one of my first shows was with Eminem’s group D12. Being on a stage like that in Dallas, and having your heart pumping a million miles an hour was what told me in my brain to never give this up. The feeling you feel when you are on stage, or people compliment you for your music.. is the best drug in the world.

What artists inspire you?

None. Artists do not inspire me. People who change the world inspire me. Astronauts, world leaders, game changers, these are the people I look up to.
The best musicians of our time are usually strung out on heroin and reflect a negative image to society even though they make great music. Those people are not people I look up to . I look up to people that make a difference for humankind and for the world. That is what I am trying to do myself.
I see you in a lot of videos smoking a joint.

When was the first time you smoked in your life?

The first joint I smoked was when I was 13. My mate and I found it under the driver’s seat of my friend’s mom’s car. We went under the bridge… got super high.. then spent the rest of the night throwing random things into my ceiling fan and watching them get destroyed haha.
Weed has been in my life, my entire life. I have had great conversations, made great friends, and been in great situations because of weed. It will never be gone from my life. In Germany there is a lot going on right now about legalizing weed. What does that mean for you?

This is great! However in my eyes, weed has always been legal. I smoke everywhere.. waiting for the train, walking down the street, performing, etc., etc. … I am always smoking. So I have never really known it’s illegal. I mean I have… but I have not cared. It is cool however that maybe I can carry and not be scared of over bearing cops trying to fuck with me for a joint.

You’re traveling a lot, so we are all curious, which city has the best weed?

All cities have really good weed, but this is what I find cool. I have met a few large scale growers in Berlin. Guess where they come from? Bavaria. And there weed has been the best I have seen in Germany. Now these are two different growers who do not know each other, who both come from Bavaria. Now I know the laws over there are crazy… but from my experience… it has yielded some of the best growers, hence some of the best weed.
If you thought I was to say Amsterdam, I would never. Weed there is over rated and too generic. Like the Mc Donald’s of marijuana.

Maybe I should learn how to roll a joint. It has been long enough and you people here in Europe roll your joints all sexy like. I need to get on that level.

Let us support him, give him a like on Facebook, buy his album or listen to his songs on Spotify.
Here are the links:

Cannabis Gleitgel – get your pussy high! 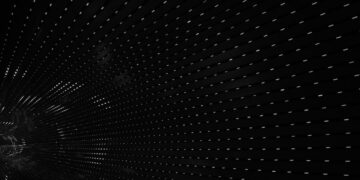 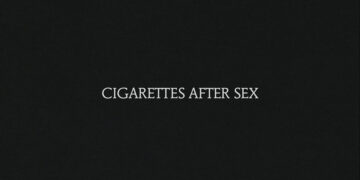 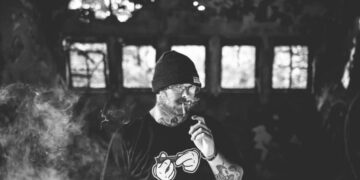 Cannabis Gleitgel – get your pussy high!